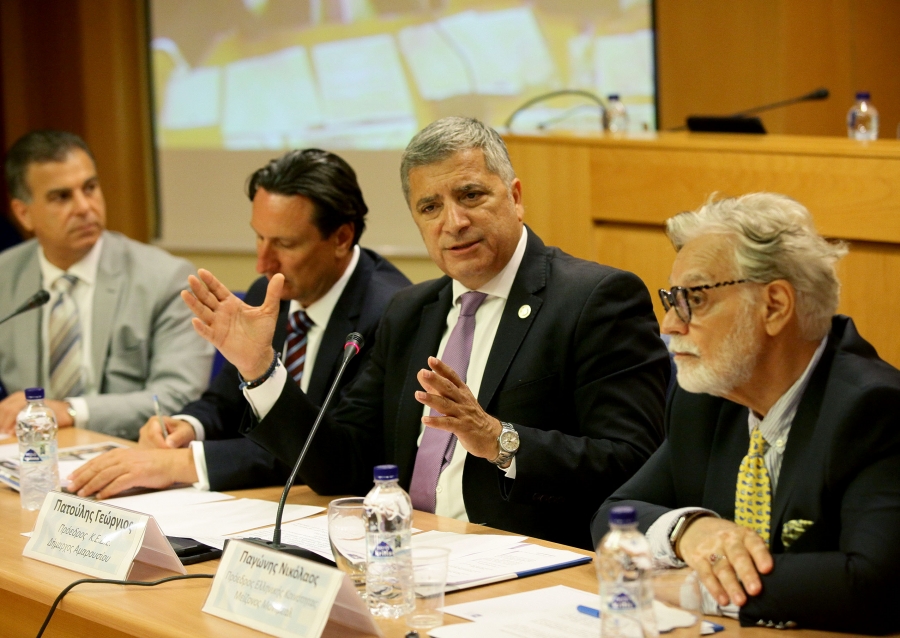 George Patoulis, President of KEDE: “Half of the Hellenic State MP’s seats, could be offered to Greek Diaspora Communities of the world.”

“From our position and our role, the role of Regional government, we will contribute to the Greeks’ Abroad bonding with Mother Greece and we will put pressure on the Legislature and Executive Powers of the country to politically support the Hellenes’ Abroad right to vote on Greece’s National Elections”, the President of the Central Union of Municipalities of Greece (KEDE) said, during the first official meeting with the Hellenes Abroad Communities’ representatives in Athens, for the launching of the new Office of the Central Union.