Mr Dimitris Papastergiou, President, KEDE: We are moving forward towards the institutional upgrade of the Hellenic-German Assembly

The German Deputy Minister of Economic Cooperation and Development and Special Representative of the Chancellor Angela Merkel in the Greek-German Assembly, Mr Norbert Barthle, visited KEDE premises and met with the President, Mr Dimitris Papastergiou.  In the meeting, which took place in strict compliance with the safety and hygiene protocols, at KEDE meeting hall, participated: KEDE General Secretary, Mr Dimitris Kafantaris and KEDE General Director, Mr Ioannis Karagiannis. The German Deputy Minister was accompanied by Mr Rainer Spiering, Member of the Federal Parliament for the SPD, Mr Albrecht Brömme, and Mr Norbert Pestka. The meeting was also attended by the Ambassador of Germany in Athens, Mr Ernst Reichel. The Central Union of Municipalities of Greece continues its outward-looking policy so as to promote and advance the institution of Local Government with the Hellenic-German Assembly.

The two delegations discussed the issue of setting up a bilateral institution in which the Central Associations of Local Authorities from Greece and Germany will be represented (concerning both levels of Local Government).The President of KEDE, referred to the issues of Digital Transformation of Municipalities, Circular Economy and Waste Management and suggested to the German Deputy Minister that the Association of German Municipalities or a large German Municipality participates in the International Event of Technology and Innovation BEYOND 4.0 in Thessaloniki.

Mr. Papastergiou and Barthle as well as their collaborators exchanged views on the operating framework of Local Government and the necessary reforms required so as to make Local Government in Greece more independent, financially and institutionally towards the fulfillment of its role from social and development point of view, in the framework of modern requirements.

The President of KEDE, Dimitris Papastergiou stated, addressing Mr. Barthle:”I see a good friend that our relationship is no longer limited to the formal contact of two politicians. The Hellenic-German Assembly is a “child” of 10 years and it is time to acquire an institutional basis. This may be done at the conference that will take place in Athens in November and so the Greek-German Assembly will not only be based on the good intentions of the two parties but it will also have institutional provisions.We talked about Smart Cities, Energy Production, Recycling, Refugees and Civil Protection. All these issues are the basis for our common course.I expressed to Mr Bartle the support of all of us for the tragedy during the recent floods that have cost the lives of hundreds of Germans and the problems caused by the climate change at local and national level, and we exchanged views on the role of local government in managing such crises.I thank Mr Norbert Bartle for his interest.

The German Deputy Minister for Economic Cooperation and Development Mr Norman Barthle stated:It is my first trip after the quarantine and I chose Greece to start and KEDE with which we have a sincere cooperation. Nice to meet you. As a representative of the Hellenic-German Assembly, I consider the meetings with the highest bodies of the Local Government to be important. It is necessary for the Local Government to function properly because the issues, we are dealing with, are crucial for the local government family. Our long-term cooperation is on a solid basis. Today we discussed about the annual conference that will take place in November in Athens and the issues that will concern us , as mentioned by the President of KEDE.The institutionalization, if you allow me to use this expression, of the Hellenic-German Assembly is an important goal and we are working to achieve it.Thank you for the excellent meeting and the constructive cooperation. 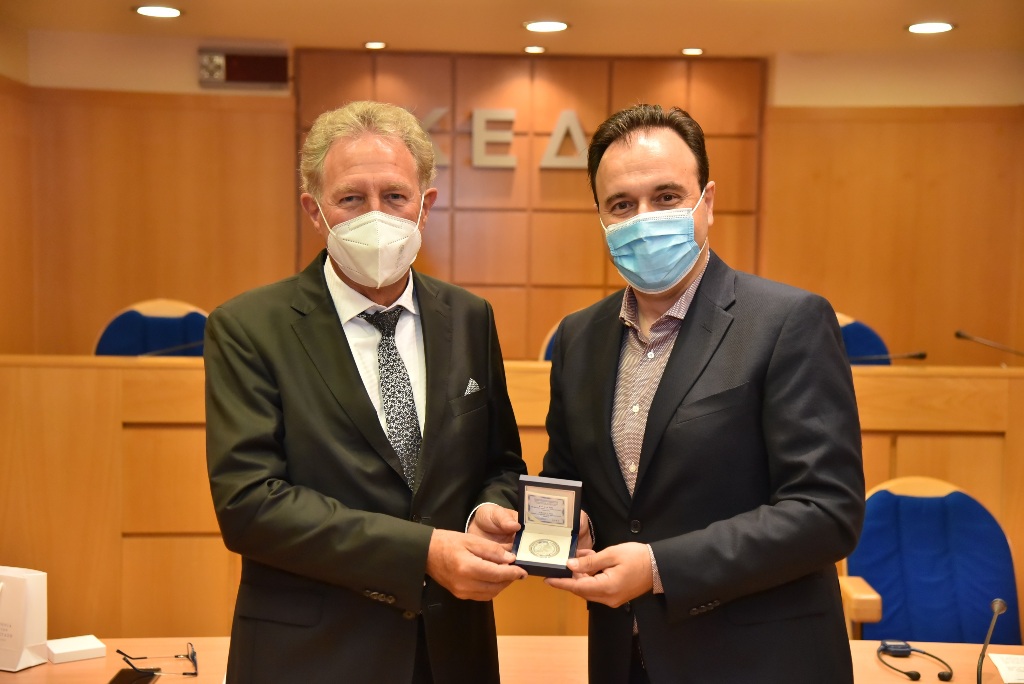 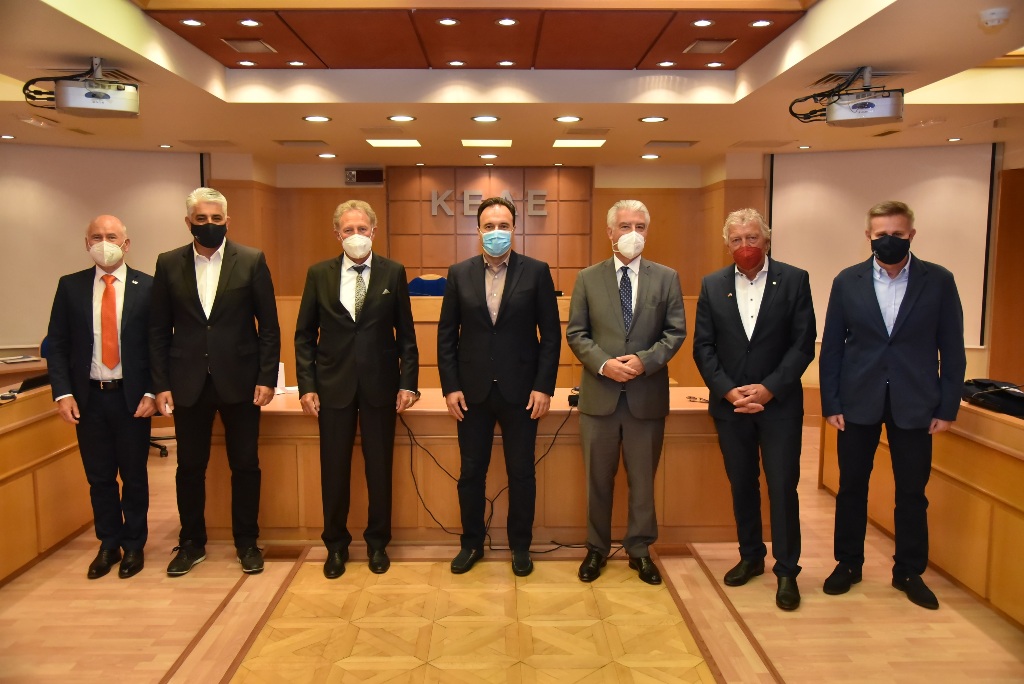 Elias Mosialos answers the questions of the local authorities about the vaccination and how it can contribute to the treatment of the fourth wave of the pandemic.

Online Initiative of the President of KEDE D. Papastergiou, As to inform the greek Mayors,…

Statement of the Mayor of Trikala and President of the Central Union of Greek Municipalities D. Papastergiou for the participation of Local Authorities in the national effort to strengthen the vaccination against covid-19.

With the staff and resources we had, but also taking advantage of the surplus of…

Dimitris Papastergiou, President of KEDE: Sustainable Urban Mobility comes by bicycle, to save our cities…

Check your inbox for an email confirming your subscription. If you do not find it in your Inbox, check your spam folder.